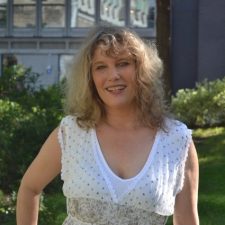 Dietlind Stolle is Professor in Political Science at McGill University and the Director of the Inter-University Centre for the Study of Democratic Citizenship (CSDC). She conducts research and has published on voluntary associations, trust, institutional foundations of social capital, ethnic diversity and new forms of political participation. Her newest book is “Political Consumerism—Global Responsibility in Action” (2013) by Cambridge University Press (with Michele Micheletti). With an international and interdisciplinary team she has co-authored an article in PNAS on contextual inter-ethnic contact effects on prejudice and she has written extensively about the role ethnic diversity plays for social tolerance and trust particularly in adolescence and young adulthood. Among her publications: 2014 ‘Contextual effect of intergroup contact on prejudice against Outgroups’ (et al.); and 2013 ‘ Social Capital and Ethno-Racial Diversity’ (with Allison Harell).

The Socialization of Tolerant Attitudes: A Comparison of Quebec and Ontario

Young people today are growing up in a drastically different world than their parents.  While demographic shifts have made Quebec and Canadian society more ethnically and religiously diverse, public discourses around multiculturalism and immigration have also changed over time.  Although arguments about religious accommodation and the report by the Bouchard-Taylor commission caused many controversial debates, diversity has become much more normalized among the youngest generation.  They are experiencing diversity in their schools and social networks in ways that have an important impact on how their attitudes develop.  Drawing on a unique two-wave survey collected in 2006-2007 and 2014-2015 with young people in Quebec and Ontario, we examine the way in which young people’s attitudes toward diversity have been shaped by their experiences within the school system, as well as their social networks. We explore how supportive young people are of ethnic and religious accommodation, as well as their attitudes more generally toward diverse social groups.