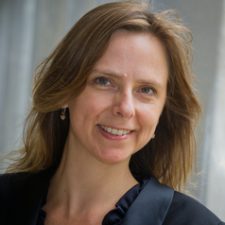 Dr. Anna Halafoff is a Senior Lecturer in Sociology and a member of the Alfed Deakin Institute for Citizenship and Globalisation at Deakin University. She is also a Research Associate of the UNESCO Chair in Interreligious and Intercultural Relations – Asia Pacific at Monash University and of Canada’s Religion and Diversity Project. In 2011, Anna was named a United Nations Alliance of Civilizations’ Global Expert in the fields of multifaith relations, and religion and peacebuilding. Anna’s current research interests include: religious diversity; cosmopolitanism and anti-cosmopolitanism; interreligious relations; countering violent extremism; education about religions and worldviews; Buddhism and gender; and Buddhism in Australia. She co-edited Education about Religions and Worldviews: Promoting Intercultural and Interreligious Understanding in Secular Societies, Abingdon and New York: Routledge, 2016, and published The Multifaith Movement: Global Risks and Cosmopolitan Solutions. Dordrecht: Springer, 2013.

10 years after the Bouchard-Taylor commission and report: Anti-cosmopolitan movements in the context of growing diversity

The proposals of the Bouchard-Taylor commission joined with those of similar state sponsored investigations of the implications of growing diversity for social cohesion. Each of these in slightly differing ways proposed programs designed to promote what can be described as ‘cosmopolitan’ approaches to diversity – becoming comfortable with, indeed competent consumers of diversity and able to negotiate life through sensitivity to the needs and orientations of others, rather than operating on the basis of culturally given templates of interaction. From Brexit and Trump to Pauline Hanson and Geert Wilders anti-cosmopolitan voices are rising and seem to attract some support, particularly among older, class stagnated members of former elites. Is this a normal and expectable reaction to the blandishments of cosmopolitan policies and a credible alternative worldview? Or is it time, as Ulrich Beck suggests, to counter anti-cosmoplitanism with ‘more cosmopolitan reality’ recognising that the fight for human and more-than-human rights and respect for diversity is far from over? This paper will focus on a glocal case study of the state of Victoria, Australia and recent global events.