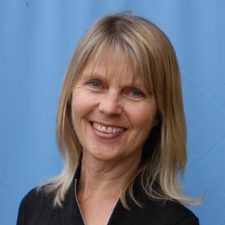 Inger Furseth, Dr. polit is professor of sociology at the University of Oslo and adjunct professor at KIFO Institute for Church, Religion, and Worldview Research. She was director of the NORDCORP project “The role of religion in the public spheres: A comparative study of the five Nordic countries” (NOREL, 2009-2014). Some of her books include From Quest for Truth to Being Oneself (2006), An Introduction to the Sociology of Religion (2006, co-author), and Religious Complexity in the Public Sphere. Comparing Nordic Countries (Forthcoming). She is Vice-President in International Society for the Sociology of Religion (ISSR). Her research centers on religious diversity, public policies, gender, and social movements.

The growing religious diversity linked to global migration affects Sweden, Norway and Denmark. This has resulted in a call for public policies that manage cultural and religious diversity. This paper presents some findings from a comparative study of the five Nordic countries (NOREL). These countries are often lumped together as Nordic welfare states with generous universal benefits and large Lutheran majority churches with close ties to the states. However, this study highlights how they differ in important areas. The public policies on religious diversity have largely developed within each nation state, affected by immigration histories, integration policies, welfare state policies, and religion – state relations. The result is that public policies on religious diversity in Scandinavia vary on a continuum between a more multiculturalist approach in Sweden and an assimilationist approach in Denmark, and Norway somewhere in the middle.