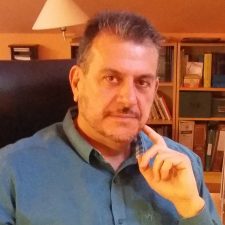 Francisco Colom-González is Professor of Research of the Institute of Philosophy at the Spanish National Research Council in Madrid. He has been visiting professor in several Latin American, Canadian and European universities. He has been president of the Ibero-American Association of Political Philosophy (2000-2005), and of the Spanish Association for Canadian Studies. His work has mainly dealt with the normative relations between culture, political identity and social change. He has recently edited The Traditions of Liberty in the Atlantic World (2016, with A. Rivero) and Multireligious Society. Dealing with Religious Diversity in Theory and Practice (2017, with G. D’Amato).

Unreported: the management of cultural and religious diversity in modern Spain

In the contemporary literature on cultural pluralism, Spain is usually mentioned in those chapters dealing with linguistic diversity, nationalist conflict or asymmetric federalism. These types of diversity were underpinned by the historical hegemony of Catholicism, dotted with episodic outbreaks of violent anti-clericalism. However, the country has become increasingly multiethnic during the last decades, while the secularization of society has eroded the traditional standing of the Church. Even if the effective secularization of the state is seen by many as a pending account of the transition to democracy, this has not prevented the relatively smooth incorporation of the new ethnic and religious minorities into mainstream society. Unlike many other European countries, Spain has been spared from meaningful manifestations of xenophobic populism so far. This feature contrasts with the persistent tensions stemming from the instable character of its territorial structure. This presentation will deal with the possible reasons for such different outcomes in a context where the management of diversity has been more a political catchphrase than a consistent policy.