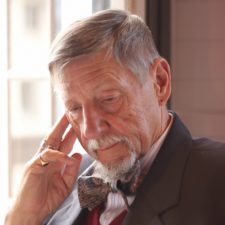 Gary D Bouma AM is the UNESCO Chair in Intercultural and Interreligious Relations – Asia Pacific, Emeritus Professor of Sociology and Director of the Global Terrorism Research Centre at Monash University, and the Australian Node of the Religion and Diversity Project, University of Ottawa. He serves on the Social Cohesion Institute of the State of Victoria, Australia.  He served as Vice Chancellor Research and Development at Monash University, President of the Australian Association for the Study of Religions, and Chair of the Board of the Parliament of the World’s Religions 2009 (Melbourne). His research in the sociology of religion examines the management of religious diversity in plural multicultural societies, education about religions, religion and terror, and public policy. Some of his newest publications include: ‘The Role of Demographic and Socio-cultural Factors in Australia’s Successful Multicultural Society: How Australia is not Europe’ The Journal of Sociology, (2016), 52:750-771; ‘Religious diversity and social policy: an Australian dilemma’, Australian Journal of Social Issues, (2012), 48:281-295.

10 years after the Bouchard-Taylor commission and report: Anti-cosmopolitan movements in the context of growing diversity

The proposals of the Bouchard-Taylor commission joined with those of similar state sponsored investigations of the implications of growing diversity for social cohesion. Each of these in slightly differing ways proposed programs designed to promote what can be described as ‘cosmopolitan’ approaches to diversity – becoming comfortable with, indeed competent consumers of diversity and able to negotiate life through sensitivity to the needs and orientations of others, rather than operating on the basis of culturally given templates of interaction. From Brexit and Trump to Pauline Hanson and Geert Wilders anti-cosmopolitan voices are rising and seem to attract some support, particularly among older, class stagnated members of former elites. Is this a normal and expectable reaction to the blandishments of cosmopolitan policies and a credible alternative worldview? Or is it time, as Ulrich Beck suggests, to counter anti-cosmoplitanism with ‘more cosmopolitan reality’ recognising that the fight for human and more-than-human rights and respect for diversity is far from over? This paper will focus on a glocal case study of the state of Victoria, Australia and recent global events.