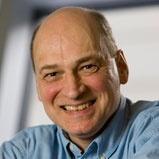 Peter Beyer is professor of religious studies (sociology of religion) at the University of Ottawa, Canada. Currently, his major areas of expertise include religion and globalization, sociological theory of religion, religion and migration, and religion in contemporary Canada, especially as concerns the religious diversity that has resulted from post-1970 immigration. His publications include Religion and Globalization (Sage, 1994), Religions in Global Society (Routledge, 2006), Religion in the Context of Globalization (Routledge, 2013), and Growing Up Canadian: Muslims, Hindus, Buddhists (ed. With Rubina Ramji, McGill-Queen’s, 2013), as well as around 70 articles and chapters in scholarly journals and edited volumes. He is currently completing research projects on the construction of religious identity and religious diversity in Canada, as well as developing further theory on religious transformation in contemporary global society.

This paper revisits the question of what role commissions such as the Bouchard-Taylor Commission have in ‘dealing with the problem of diversity’ in Western countries. The analysis presented will proceed by briefly looking at select national contexts with respect to diversity over the (roughly) 15-20 year period from the late 1990s to the late 20-teens, looking specifically at how increases in diversity (including religious diversity) have correlated with public discourse about that diversity. The aim will be to see whether increase and complexification of actual diversity can be traced in transformations in the public discourse about that diversity, including as manifested in commissions. The working hypothesis that will thus be explored is that the two, actual (religious) diversity and ‘talk about’ diversity have little to do with one another in the sense that they will vary independently. This hypothesis expressly picks up on the conclusion of the Bouchard-Taylor Report that the ‘problem’ is much more one of ‘perception’ than it is real.