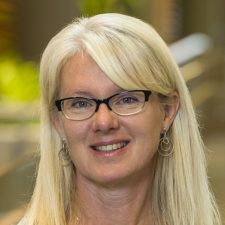 Lori G. Beaman, Ph.D. is Canada Research Chair in Religious Diversity and Social Change and Professor in the Department of Classics and Religious Studies at the University of Ottawa. She is Principal Investigator of the Religion and Diversity Project, a 37-member international research team whose focus is religion and diversity (religionanddiversity.ca). Publications include: Deep Equality in an Era of Religious Diversity (Oxford University Press, in press, 2017) ; “Living Together v. Living Well Together: A Normative Examination of the SAS Case,” Social Inclusion, 4(2) 2016: 3-13; “The Will to Religion: Obligatory Religious Citizenship,” Critical Research on Religion, 1(2) 2013: 141-157; “Battles over Symbols: The ‘Religion’ of the Minority Versus the ‘Culture’ of the Majority,” Journal of Law and Religion, 28(1) 2012/3: 101-138; Defining Harm: Religious Freedom and the Limits of the Law (UBC Press, 2008).

Untold Stories: What the Bouchard Taylor Commission Submissions Tell us About Equality

The Bouchard Taylor Commission submissions were frequently in the news during the Commission’s work in Quebec. Yet, more often than not, the stories that circulated in the public sphere, especially in the media, were tales of conflict. Although the Commission report specifically addressed some of those, in the majority of cases showing that they were false or at least significantly distorted, the negative stories persisted. This paper revisits some of the submissions for a different kind of narrative, one which illustrates what I have called ‘deep equality’ and which permeates day to day life.